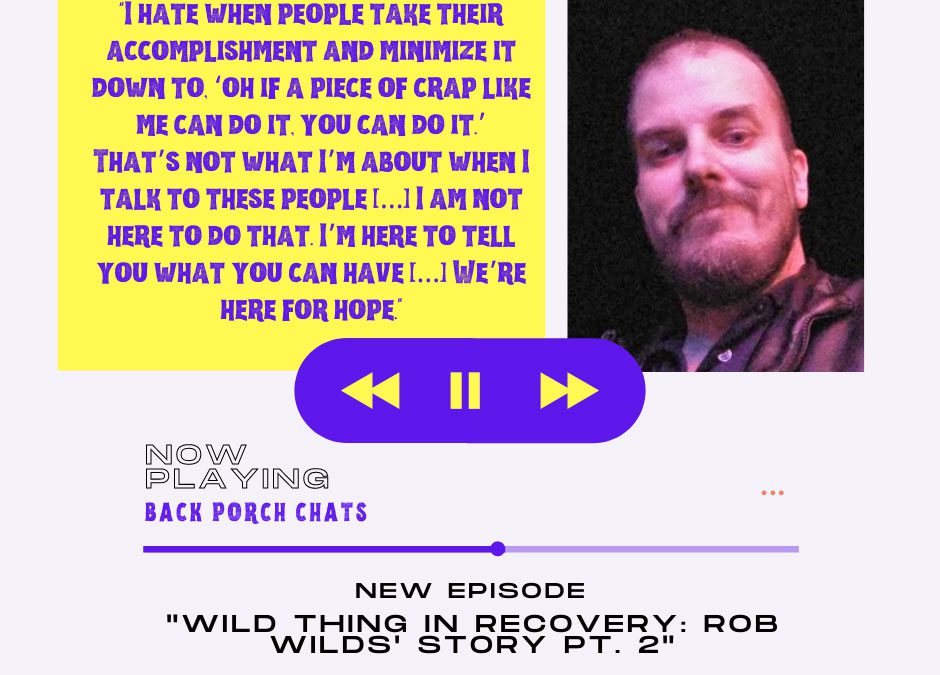 A conversation with Rob Wilds, wrestler, recovering addict, and podcaster.

Listen in to part two of this two-part series as Rob continues his story of grace, hope, and recovery.

Other highlights in this episode include:

·       Vince and Jeanna also share their reaction to Rob’s beliefs.

·       His work on the Wrestle Shoot and Smells Like Hope Podcasts.

Rob Wilds is a wrestler and podcaster with two shows: Wrestle Shoot and Smells Like Hope. You can find him on Facebook and Youtube. For more about Rob Wilds, check out these links.