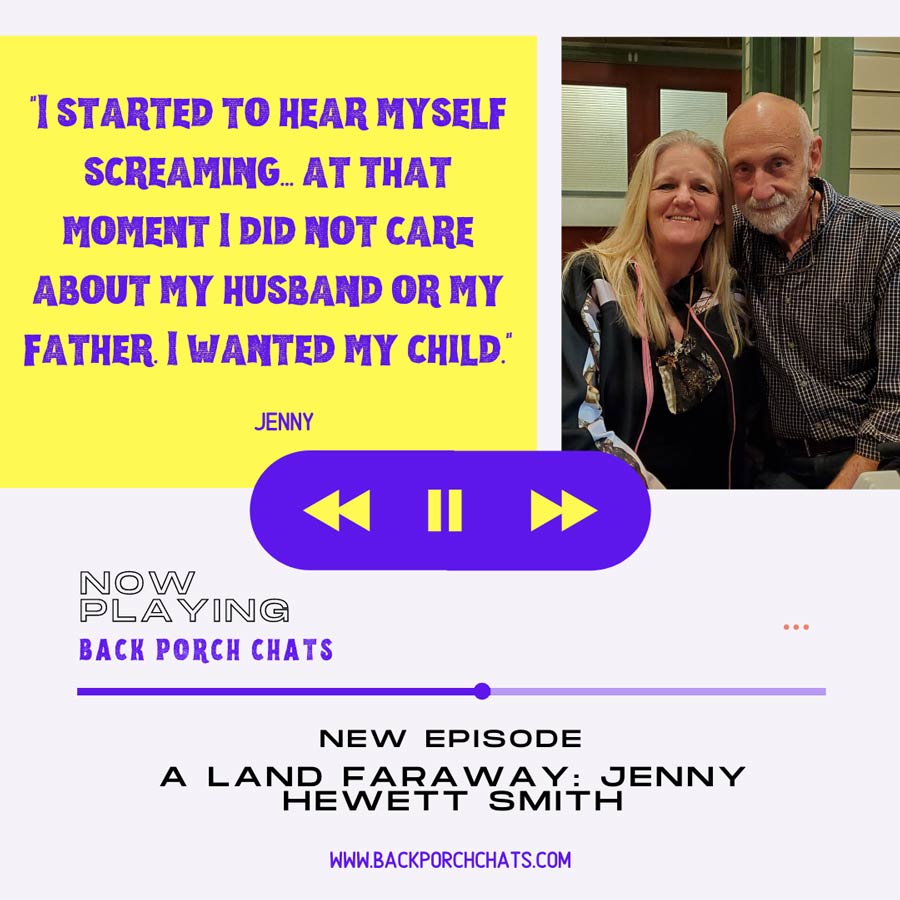 The connection between childhood traumatic events and self-medicating with alcohol as adults.

We had the wonderful opportunity to speak with friend, Jenny Hewett Smith. She tells about her childhood in South Africa and the trauma she endured during Apartheid. In this episode of Back Porch Chats, Vince and Jeanna listen as she tells about how witnessing traumatic events led to her belief that the world isn’t a safe place and how that belief led to self-medicating with alcohol.

Other Highlights in this Episode Include:

Jenny is a mother, author, and a recovering alcoholic. Raised in South Africa as a minister’s daughter, Jenny and her family now live in Alabama with their two dogs, Mitzi and Sweet Pea.